Our journey began in 2000, long before “sustainability” was a household word.

Through 20 years of dedication and endurance, the Sustainable Living Association has touched the lives of tens of thousands of people pursuing a more sustainable lifestyle.  We’ve built networks, collaborations, organizations and local businesses who all believe there is a better way to live in balance with nature.

We invite you to join us in a New Decade of Action as we empower people to Find Their Voice, Embrace Change and Make a Difference by developing policies and practices that will uplift the wellbeing of our planet for many more years to come.

Take a look at what we have accomplished along the way.

RECIPIENT OF THE E-CHIEVEMENT AWARD from etown in 2007; “Celebrating those who are making a positive difference in their communities and beyond.”

Our Executive Director was honored as a NORTHERN COLORADO SUPER WOMAN by Mind+Body Magazine in 2014 and nominated as a WOMAN OF DISTINCTION by Biz West in 2019 & 2020.

A 20 Year Timeline – Take a Ride Down Memory Lane

Zero Waste Events – We first established a Zero Waste event in 2001 when 850 pounds of waste was produced during the Sustainable Living Fair and only 17 pounds went to the landfill.  Fort Collins now has regulations requiring eventers to conduct Zero Waste events.  In 2006 Zero Hero was formed out of core volunteers who now provide zero wasted services for national events.

“Powered by Nature” – Our tag line was established in 2001

Straw Bale Structure – A straw bale shed was built by fair attendees and auctioned off to a community member.  This was the first straw bale structure officially approved in the City limits.

Hollywood Hits Fort Collins – In 2003 actor Woody Harrelson spoke at the Sustainable Living Fair and attracted great attention to our efforts which helped push us into the national spotlight.  He was joined by activist Julia “Butterfly” Hill and Johnette Napolitano of Concrete Blonde.

Biodiesel in Colorado – SLA partnered with BlueSun Biodiesel to open the first biodiesel pump in Colorado at Bartcus Oil in Boulder. – 2003

Human Organics Art Show – Formally curated, this art show focused on utilizing repurposed material to create works of art that were then sold to the public. – 2004

Bike Valet – In 2005 SLA began providing a free bike valet program for fairgoers which housed hundreds of bikes over the weekend.

Be Local – Launched in 2006, this coupon book was designed to energize healthy, face-to-face, local-to-local commercial relationships and help direct this economic impact towards a deeper integration of place, prosperity and community – the three dimensions of sustainability.

Drinks with Really Interesting People – An annual fundraiser on Friday night before the fair, featuring nationally renowned speakers who spoke at the fair.

Highway Clean Up Area Adopted – In 2006 SLA adopted a three-mile stretch of highway along the designated” wild and scenic” Poudre River and volunteers conduct a highway-cleanup two times a year.

SLA’s Executive Director received the e-chievement Award from etown in 2007, “celebrating remarkable individuals who are working hard to make a positive difference in their communities and beyond.”

Carbon Offsets – In 2007 we began offering carbon offsets for attendees traveling to the Sustainable Living Fair.

Year-Round Workshop Program – The SLA’s year-round workshop program was developed in 2008 to further meet the educational needs of our communities.

Tour de Coop “The Urban Chicken Spirit Revival” – A community-based bike ride from coop to coop where participants can see a variety of urban backyard chicken coops and learn about chickens from beak to butt from experienced backyard chicken owners.

Future Friday – This program was a “green field day” for local High School students designed to connect local youth with the national and regional sustainability experts that gathered in Fort Collins during the Sustainable Living Fair. –  2008 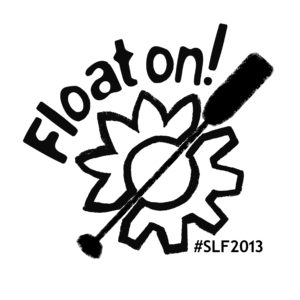 Colorado Flood – The Sustainable Living Fair was cancelled due to the floods in 2013 and a massive fundraising event takes place.

Poudre RiverFest – SLA partnered with Rocky Mountain Bird Observatory, Save the Poudre, the Discovery Science Museum and Wildland Restoration Volunteers to organize the Poudre River Fest, celebrating the importance of the river to our community. – 2014

Regroup  – 2015 marked the final year of the Sustainable Living Fair.  SLA took this year to reevaluate what the need for sustainable education was in our community at this time verses when we first started back in 2000.  This led to the development of new programs and outreach efforts that are still in place today.

Recycling Summit – SLA joins forces with the Colorado Association for Recycling to host the annual summit in 2016.

Rocky Mountain Climate Organization – Our Executive Director became the Outreach Coordinator for this organization working on issues around climate change that are facing Colorado communities. – 2016

Sustainability Leadership Program – SLA developed this business-oriented program to help develop the next generation of sustainability leaders in 2017.

Environmental Leaders and Energy Managers Conference – SLA teams up with ELEMCON to help provide sustainability professionals information about the best products to help them achieve their energy and sustainability management goals. – 2018

Impact Series on Climate Change – A new program is launched to help people understand what causes climate change, how to reduce their impact and how to talk about the issue with others. – 2019

Solar United – SLA works joins forces with Solar United to encourage residents to sign up for co-op solar power in 2019.

Register to Vote Campaign – SLA adds a political focus and launches a register to vote campaign to get more people involved in the elections. – 2020

Launching into a New Decade of Action!!!