Air Pollution and Its Impact on Human Health 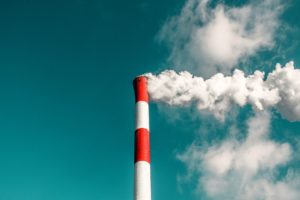 Currently, there are 1.446 billion cars in the world. Most of them are responsible for the release of carbon monoxide into the air. Then we have agricultural processes, such as livestock waste management and fertilizer production, which create ammonia. The production of petroleum and coal forms nitric oxide, a toxic gas that dissolves in atmospheric water. Ozone is created through various reactions with other pollutants. These are just some of the toxins that reside in the air. Naturally, they have an impact on our health – here’s how.

According to the World Health Organization, air pollution kills an estimated seven million people every year. WHO data shows that 99% of the population breathes air that contains high levels of pollutants – from smoke inside some homes to smog hanging over cities. It doesn’t kill directly, but it causes or worsens various conditions such as lung cancer, respiratory issues, heart disease, and stroke.

Consequently, ambient air pollution is an accomplice in an estimated 4.2 million deaths a year. In low and middle-income countries where people are burning fuels such as coal and wood in inefficient stoves or open hearths, they are exposed to smoke packed with toxic elements that cause an estimated 3.8 million premature deaths.

The last two years have been difficult for the entire world. The pandemic has taken a lot from us, and we’ve seen that some countries have had higher mortality rates than others. One of the factors can be the presence of toxins in the air. The Harvard Chan study discovered a link between air pollution and an increase in mortality from COVID-19. The study does not show how air pollution directly impacts an individual’s chances of surviving, but it does show an association between prolonged exposure to pollution and higher coronavirus mortality rates.

Exposure to air pollution happens mostly through inhalation, and the particles we inhale can damage the defense mechanisms of the respiratory tract by causing oxidative stress and inflammation. Some particles can be captured in the nasal cavity, thoracic cavity, and upper airways. Others can “crawl their way” into the lung’s passageways and cause serious respiratory issues. Specifically, breathing in pollutants can cause coughing, wheezing, shortness of breath, chest pain, and asthma episodes. It is particularly dangerous for babies and children, people who already have a lung disease, and the elderly.

Several studies explored the connection between the quality of sleep and exposure to air pollution. It has been found that air toxins can affect sleep duration and cause breathing issues that lead to sleep disorders. It increases the risk of sleep-disordered breathing, which results in sleep fragmentation and deprivation. While there are treatments for sleep apnea, this is a condition with many potential complications, and it’s not possible to completely get rid of it.

A study of 18,000 couples in China found that exposure to air pollution can affect fertility. Also, an analysis of 600 women who are being treated at a US fertility clinic found that exposure to air toxins can be linked to a lower number of mature eggs in the ovaries. Polluted air is also known to increase the risk of various aspects of reproduction, such as low birth weight and premature birth.

A growing body of research indicates that air pollution can cause:

Neuronal cell damage can cause neurological disease in adulthood or even permanent brain damage in fetuses and infants.

According to WHO, more than 20% percent of all cardiovascular disease deaths are caused by air pollution. Air pollution increases the risk of cardiovascular damage mostly through particulate matter 2.5. These are tiny particles that cause disruption in the form of coronary artery disease, acute coronary syndrome, and their risk factors such as diabetes, obesity, and hypertension.

There is plenty of evidence that air pollution harms human health and the environment. This is enough to make the decision-makers and the health sector act as soon as possible to minimize pollution and educate the population. Until they do that, we have to do our best to protect ourselves. Watch for the levels of pollution in your city – when the levels are high, try not to go out and limit your exposure. When you must go out, wear a mask. If you exercise outside, don’t go near heavily trafficked roads. Finally, control indoor pollution by eliminating smoking, mold, etc.