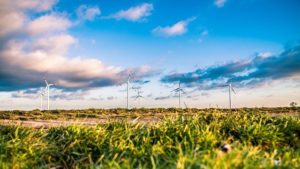 As global climate change becomes a reality, numerous communities are choosing not to wait for their government to lead the way. Rather, they’re working together to incorporate more sustainable choices into their energy grids. These adaptations have the potential to help citizens from small towns and cities as well as rural residents across the globe.

Many of these changes offer rural residents the potential to live more independently. Likewise, they give more power to the smaller cities that are choosing to implement them. These changes can have significant lasting benefits for all communities.

Energy consumption and production are largely taken for granted in the developed world. Many people are unaware of the power large energy companies have over the energy infrastructure. These companies make more money by providing power to more densely populated areas. This means that new energy infrastructure is likely to be invested in cities, leaving rural areas to struggle with outdated systems.

Moreover, across developed countries, companies producing wind energy are paying farmers to place energy-generating wind turbines on their land. Aside from getting paid to host renewable energy sources, rural areas can also benefit from cheaper, more local energy. Likewise, there may also be certain tax incentives and government benefits associated with making the transition.

Most of the climate-related news coming out of the U.S. has to do with the slow adoption of climate-aware policies or the outright denial of climate science by government leaders. Though things are starting to turn around with the Biden administration, it’s hard to see the U.S. government as much of a leader in climate. Because of this, many states have successfully taken matters into their own hands.

Take a State like Texas, which is relatively conservative. Believe it or not, Texas is one of the largest investors in renewable energies and is poised to become one of the biggest producers in the United States. Texas is investing in both wind and solar power, but especially offshore wind energy generation, which could outpace offshore oil production in the next few decades.

Although a lot of these benefits make their way to cities across the state, sizable swaths of Texas are very rural. In these areas, large empty spaces are chosen for solar farms or wind power plants. These developments have brought numerous economic benefits to rural Texas including tax revenue, school funding, jobs, and cleaner power.

Making renewable energy a reality in your town requires the help of a number of people in your community government. The first step is determining which type of energy will provide the most benefit to your community. Is your area ideal for solar or wind? Is your town interested in facilitating options like electric or hydrogen powered vehicles at fueling stations?

The next stage in the process is determining how big to go. Would it be easier to start with home solar panels that will help a few people in the local area get off the grid altogether? Or is this something the entire town can participate in? This decision will help determine what level of organization and government involvement is needed to get the ball rolling and start making things happen.

Regardless, making these changes can help put your community ahead of the curve and draw greater economic opportunity. It could offer unique chances to become more independent and sustainable.

Alternative energy has a lot to offer rural areas, from more economic opportunities to lower energy costs. As more and more countries commit to a greener future, having a plan and being poised to implement it in your community could be of huge benefit. Doing so will make a lasting positive impact in your small corner of the world.