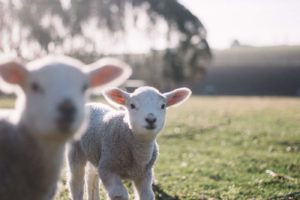 Nearly anything you could want is just a click away—groceries, clothes, cars, a ride from here to there. But even the immediacy of two-day and even two-hour shipping can leave us feeling disconnected from our things and each other. For those who crave connection to the community and to the earth, homesteading has emerged as a solution.

This movement supports a life centered around self-sufficiency and connection with the land. Homesteading began in rural regions, but these days it’s a viable lifestyle in both open countrysides, suburban neighborhoods, and large cities alike. Homesteaders prioritize doing many things on their own, from creating food and clothing to using renewable energy.

Activities that are part of a homesteading lifestyle

Homesteading is all about self-sufficiency, but there’s no set definition or list of rules to follow and there are many levels of immersion. Here are a few examples of what homesteading looks like:

Why do people homestead?

There’s no single reason for a homesteading lifestyle, but common motives are connection to earth and community, saving money, resisting consumerism, and having more control over what you wear or eat.

Homesteaders Chrissy Hennessey and her husband Nathan Woodward were drawn to the practice for more than animal and environmental concerns. The couples think deeply about how their living choices will affect the world. They’ve been homesteading on and off for about ten years and enjoy the perks of a long growing season and the moderate climate of their Wilmington, North Carolina, home.

“The homesteading lifestyle was sort of a slow transition,” Chrissy says. “First we bought organic vegetables, then we planted a garden. I originally bought all-natural products, and later started making my own. I purchased cage-free eggs, then I got my own chickens. One thing just kind of led to another.”

Along with raising chickens and keeping bees, Chrissy and Nathan cook nearly all of their food from scratch, compost, and garden, and use bicycles for transportation as much as possible. When they’re more ambitious or blessed with the gift of free time, they also venture into building furniture, sewing, and brewing beer. Chrissy says, “It feels like a slower, more responsible way to live. It’s also a way to loosen the grip of capitalism, as it dovetails nicely with frugality, which is another passion of mine.”

Growing your own food gives you better access to fresh, healthy, and wholesome foods and provides more control over quality and exposure to pesticides. The same idea applies to homemade cleaning products—there’s no worrying about ingredients when you make it yourself.

Homesteading can save you money over time, but there will be some upfront costs required to get started. These might include:

To offset start-up costs or recoup and save, many homesteaders also sell products they’ve created or raised, whether it’s eggs, milk, soap, fibers, or vegetables.

The homesteading lifestyle presents several obstacles. In addition to the startup costs discussed earlier, homesteading requires devoting a serious amount of time and energy up front. Chrissy points out that time is another huge challenge when regular commitments of everyday life get in the way.

While cooking from scratch can leave you with a nutritious diet, you’ll no longer be able to default to grabbing a quick bite of takeout on your way home from work. The same could be said about raising chickens for their eggs. “Making everything from scratch or choosing to build rather than buy takes a lot of time,” Chrissy says. “There’s a reason they call them modern conveniences.”

Another challenge is to develop the right skills required for self-sufficient living. Knowledge of gardening and growing seasons are crucial factors in homesteading, as are skills like knitting, sewing, and carpentry.

Many see the time commitment of homesteading part of the benefit—performing tasks now often automated by modern luxuries can make one slow down, make thoughtful choices, and live intentionally. Overall, the homesteading lifestyle requires commitment to a system of choices often unsupported by modern American lifestyles.

How to get started with homesteading

Homesteading has grown in popularity as those looking for simplification and connectedness realize that homesteading is possible from anywhere, even in city apartments. You don’t need acres of land to start a small compost pile, grow a vegetable garden, or home brew beer.

Chrissy suggests starting small and planting a vegetable garden, shopping at the farmers market, or raising a few hens. “There are plenty of things you can do without a whole lot of skill or experience,” she says. “In the beginning, it’s all about being mindful, becoming aware, and building a foundation.”

A good start for self-sustained living is to pick one or two projects you’re interested in. If animal welfare is an issue that makes you hesitant to buy conventionally raised eggs, keeping a few chickens may be a good start. Outfitting your home with solar panels is another great option if your cause is energy efficiency. The conscious consumer may enjoy sewing their own clothes or buying second-hand.

Before diving into homesteading, don’t slack on research.

If you want to start a vegetable garden, read up on what produce grows well in your area, when to plant, and how to care for it.

If you’re planning to raise chickens:

No homesteader knows everything—mistakes are inevitable and you’ll learn as you go. If you get too caught up in finding the answers to every homesteading question, you may never get started at all. Draft a list of plans and goals to get started to keep you focused and motivated. Start small and map out future dates for adding in additional projects.

Note that once you get started, homesteading can be addictive. “When we first got chickens, we started with three hens,” Chrissy says. “Now we have fifteen. It’s a slippery slope.”

Our list of resources for amateur and experienced homesteaders alike. Got a resource recommendation? Let us know!