How Water Quality Impacts the Environment and Human Health 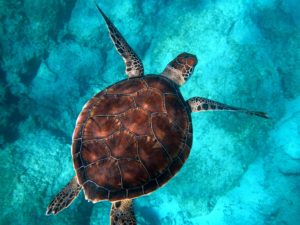 When you think about ways to save the planet, you might imagine reducing your energy usage or driving your car less often. Actions like that will minimize your carbon footprint, but water plays a significant role in sustainability as well.

Every living organism needs water to survive. If humans pollute and overuse it, this affects everything from how you physically feel to how climate conditions change.

Check out how water quality impacts the environment and human health. After you learn how consumption and contamination affect the global water supply, you can strategize ways to create far-reaching, positive impacts.

Water pollution often makes people think about dying marine life. It’s difficult not to picture dead schools of fish when you read about what people dump into the water. Old soda bottles, toys and anything else made with plastic will likely end up in the ocean. Every year, 8 million tons of plastic float out to sea and circulate in the currents. This phenomenon is why researchers have found plastic in 100% of sea turtles and 60% of all seabirds.

Plastic pollution hurts animals and disrupts the food chain, sending immediate effects around the world. Other animals begin to die because they can’t feed on prey, and businesses fail because links in the food chain disappear. No one should go hungry or suffer a terrible quality of life at the hands of plastic ocean pollution.

Another issue is contaminated water disposal. Developing countries may lack the ability to dispose of waste sustainably or invest money into treatment plants. Instead, those countries dump 70% of their industrial waste into untreated water. The chemicals drain down rivers and into the oceans, killing fish and other sea life along the way.

When chemical spills spread into waterways, they can cause eutrophication. Nutrients like phosphorus and nitrogen, which come from sewage treatment centers and agricultural properties, fertilize algae growth by depriving the water of oxygen. Instead of allowing the ocean to rebalance itself so the water is a safe place for aquatic life, the algae grows larger and spreads the problem to other water systems.

Eutrophication is an expensive battle for environmentalists to take on. The longer it remains unchecked, the more people suffer from water pollution. Shellfish industries experience a decrease in livelihood because shellfish can’t survive around the algae. Algae growth affects local economies and charges a hefty bill, all because water pollution goes unchecked.

Water safety should be a top concern in every country, but it’s often low on the list of national priorities. Crises like what happened in Flint, Michigan, brought water quality to the forefront of everyone’s thoughts. Safe drinking water requires careful attention and effective filtration techniques, or impurities could hurt your health.

Without proper temperature regulation, people become sick from the Legionella pneumophila bacteria. It thrives in freshwater environments and drives disease when water sources warm between 60 to 112 degrees Fahrenheit and lack proper filtration.

Inhaling Legionella through vapors or water droplets inflames lung tissue and triggers Legionnaires’ disease, a deadly form of pneumonia. Even if you don’t contract this bacteria during your lifetime, other pollutants like nitrates or algae cause irritating or fatal symptoms, such as:

Pollutants and bacteria are most often microscopic. Water quality impacts the environment and human health when people neglect to maintain and update regulations.

Water pollution hurts more than what lives in the water or who drinks it. It also affects the climate. Chemicals drifting around water sources eventually become part of the evaporation cycle. They ultimately change the pH level of raindrops, resulting in acid rain falling on plants and people.

Acid rain isn’t entirely unnatural, but it becomes worse with the addition of human pollution. It slowly tears away at the soil that helps plants thrive and the infrastructure people need to live and get around every day. It’s a long-term effect of chemical water waste that could quickly end if people learn to reduce pollution.

There’s only so much you can do to avoid creating pollution in your daily life. Now that you know how water quality impacts the environment and human health, you can speed up positive systemic changes by supporting clean water initiatives. With the help of forward-thinking and eco-friendly people, global pollution will slowly become a thing of the past.

Emily covers topics in sustainability, conservation and green technology. You can read more of her work on her blog, Conservation Folks.