Is There Such A Thing As Sustainable Voluntourism? 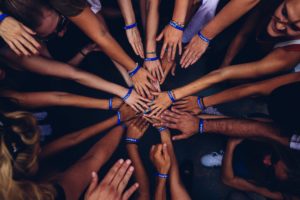 “Voluntourism” is one of today’s biggest travel industries, raking in a whopping $173 billion dollars every year. However, while most who volunteer abroad—usually students from wealthy countries—do so with good intentions, they often do more harm than good. But voluntourism isn’t all bad. We just have to learn how to channel our sense of social responsibility into sustainable volunteer opportunities.

The Pitfalls Of Voluntourism

The rising popularity of voluntourism shouldn’t come as a surprise to anyone. More and more young people today are drawn to the idea of making a difference, and voluntourism markets itself as a way to do just that and see the world in one fell swoop. But because of the huge amount of funding that the industry gets every year, it also attracts opportunists who run charity institutions like for-profit businesses.

While the benefits for volunteers are many (e.g. the gained skills, expanded knowledge of the world, enriched relationships, and so forth), making sure that local communities actually have something substantial to gain from voluntourism is more of a challenge. Voluntourism can take away jobs from local workers who need them the most, undermine and block the efforts of more qualified organizations, promote an attitude of dependency on foreign aid, and can even encourage the proliferation of institutions who sell volunteer experiences for profit.

Voluntourism is also often less cost-efficient than other ways of helping, such as, say, donating to a local organization. One study of 162 short-term mission participants who traveled to Honduras to build homes after Hurricane Mitch found that the homes they made cost around $30,000 each, while local Christian organizations could have built them for $2,000. If these volunteers had just donated the money, 15 times more homes could have been built.

The Marks Of Ethical Voluntourism

Not all voluntourism opportunities are created equally. Voluntourism creates opportunities for volunteers to immerse themselves in another culture, and when done correctly, it can also stimulate economies and create long-term positive impact. The effectivity of these voluntourism programs depends on how they perform in the long-term, and whether or not there is actual collaboration with the local community throughout the whole process.

For voluntourism efforts to be successful, they should be regulated to ensure that the skill sets of the volunteers match the needs of the community. However, it’s important to note that because each individual community is unique, there is no one-size-fits-all approach to voluntourism. What might work for one community may not necessarily translate correctly for another. For example, while some host communities may want to reduce the number of visiting volunteers, others may want to sustain the number of visitors for the amount of revenue they bring into the local economy.

The negative impact of voluntourism can be avoided with proper planning and management. What’s important is that the leaders in the voluntourism industry — as well as its volunteers — are aware of the possible negative consequences of their actions so that they can avoid them entirely. By studying the needs of each community and understanding the different possible outcomes, voluntourism could genuinely benefit both volunteers and host communities, as intended.