What’s the Impact of Non Recycled E-Waste on the Planet? 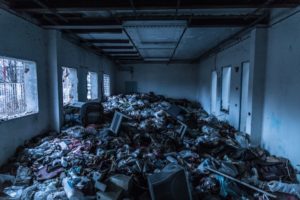 If you think about every person you know who upgrades to the latest iPhone every year, you can start to imagine just how much e-waste is produced annually. Americans alone throw out over 130 million cellphones every year, and that number is only rising.

E-waste, or electronic waste, includes any type of electronic that is recycled or thrown in the trash. This includes household appliances, computers, handheld devices, home security systems and cameras. To combat the environmental impact of e-waste, countries around the world need to implement more efficient recycling systems that promote reuse and repair.

E-waste has an enormous impact on the planet. The environmental and human health impact is significant, and the amount that ends up in landfills is tremendous.

E-waste is especially impactful if you consider that 50 years ago, the average person would produce little to no electronic waste. While some households, especially in the United States, had televisions by the 1950s, most of the world’s population lived without electronic devices for everyday use.

In just a short time, electronic waste has become one of the most polluting and toxic sources of trash on the planet. While many countries are increasing their capacity to recycle electronics, it is not an easy process. Circuit boards, the building blocks of most electronics, are especially difficult to recycle, often requiring special services.

The lifespan of most technology is relatively short, yet the time e-waste spends impacting the environment is unknown. It contributes to soil, air and water pollution. Toxic compounds in electronic waste also affect human health, as many devices contain high amounts of lead and mercury, which are released as they break down. These toxic chemicals can make their way into the groundwater, affecting reservoirs miles away from landfills. Drinking contaminated water poses significant health risks for human and animal populations, including cancer, reproductive problems and developmental issues.

Despite the vast amounts of electronic waste produced around the world, the global recycling system is far from sustainable. China, the United States, Japan, India and Germany are the largest producers of e-waste. Unfortunately, none of these countries have utilized efficient recycling systems and often resort to shipping e-waste abroad.

Until fairly recently, most electronic waste was just dumped in the trash and left to sit in a landfill, polluting the water, air and soil around it. Recycled e-waste is often shipped to poorer countries, where individuals risk toxic conditions to search through it for precious materials like copper, gold and aluminum. The majority of e-waste is never truly recycled or reused.

Recycling centers often export e-waste due to the sheer amount of influx. The human impact is hard to imagine. Entire communities suffer health issues from burning e-waste, sorting through it and breathing in dangerous fumes without access to fresh oxygen. While this trash is often advertised as being recycled, most of the contents end up in slums, polluting homes, soil and rivers.

To address the issue of non recycled e-waste, wealthier countries need to change their consumption habits. Individual consumers are buying more personal devices, most of which are unnecessary. If we are to keep up consumption habits at the same rate, industries should examine more eco-friendly materials and advocate for repair services before throwing things out.

Fixing the recycling system will play an important role, as well. Countries like the United States send over 23% of their e-waste abroad. This system is not sustainable, and it is hurting communities around the world. Finding more sustainable solutions to the inefficient global recycling system is crucial to curbing e-waste.

Bio: Emily covers topics in sustainability, conservation and green technology. You can read more of her work on her blog, Conservation Folks.