May 27, 2022 In Climate Awareness, Energy, Sustainability By kellie

Why Solar Power Is The Way Forward 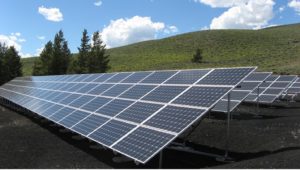 In a time when climate change concerns are aplenty and everyone is looking for sustainable solutions, solar power is leading the charge. Considered one of the most effective, convenient, and future-proof clean energy sources, solar power is already being used in neighborhoods worldwide.

In reports from the City of Fort Collins, it’s estimated that over 2,400 residential customers in the area have solar PV systems. Each one provides more than 15 megawatts of generating capacity. Having said that, there are still many households who are quite wary of adopting solar energy because of its relative newness, initial investment, and upkeep. However, while using solar power does require some adjustments, its advantages are plenty and long lasting. Here are just a few of them:

Today, up to 13% of the world doesn’t have access to electricity, which is among the most common power sources. Even in regions with highly developed infrastructure, power crises can cause massive damage. Just last February 2021, Texas suffered a major power crisis that resulted in over $190 billion in property damages. Fortunately, solar power is much more accessible and resilient. As explained in an introduction to why you should go solar on Hoymiles, solar power allows users to be energy independent. This means that rather than relying on eclectic providers to create the necessary infrastructures at exorbitant prices, all a household or community needs is a solar energy system. All solar energy needs is sun exposure, so power outages or interruptions are virtually unheard of, too. Solar power can also be optimized with storage and backups so you’ll have a surplus of clean energy if anything does go wrong.

One of the most popular benefits regarding solar energy is its cost-efficiency. Interestingly, though, solar energy can also result in more assets when used properly. To elaborate, an article on residential solar electricity benefits by the Department of Energy explains that solar panels are viewed as upgrades. With this, properties with solar panels can have much higher resell values. On average, a home with solar panels already installed could be worth an additional $15,000. Additionally, some states (including Colorado) recognize net metering. With this setup, homeowners that are able to produce more power than they consume via their solar panels can “resell” this energy back to the grid. In Colorado, the net metering policy means that solar panel users can receive credits for any extra energy they generate. These credits can then be applied to your next energy bill. Although the payment you receive for this excess energy is bought at surplus prices, it’s still a reimbursement that most wouldn’t otherwise receive through traditional power sources.

Reduces Overall Use Of Resources

Most energy sources used today rely on finite natural resources. But given the massive amounts of energy used, this means that future generations will likely have little to zero natural resources left. Fortunately, this is another concern that going solar can address. Unlike electricity production, solar energy uses significantly fewer natural resources to produce. For instance, a study on renewable energy production in PV Magazine reveals that solar energy only requires between 2% to 15% of the water that conventional power generation uses. Conversely, traditional power generation in the United States has recently been deemed the largest consumer of water. Experts are hopeful, though, that through means like solar energy, water usage will be reduced by over 75% by 2030. This means that, at the very least, future generations won’t have to deal with a scarcity of essential natural resources.

Solar power may not be the go-to energy source currently, but given its broad benefits, it soon may be. If you are looking for a smart eco-friendly investment, then switching over to solar power is the best bet you can make for a more sustainable future.