Can You Be A Green And Sustainable Parent? 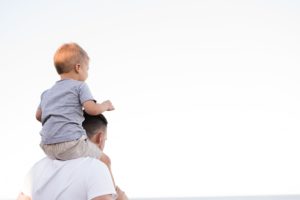 Some people believe that having children and living a sustainable lifestyle can’t be done. However, a recent study has found that 76% of Americans are motivated by their children to go green. In fact, there are plenty of ways parenting can be done in a sustainable way to protect the planet and create a better future for the next generations.

The biggest problem with disposable diapers is that they’re used once and then bagged up and sent to landfill where they’ll sit for 500 years or more before they turn into microplastics that then affect the environment. Cloth and biodegradable diapers avoid this problem altogether as they can be reused over and over again, including for other children. Of course, they do need to be washed and dried which has created some debate over how much water and electricity is used and if this is better or worse for the environment than disposables. There are a lot of things to take into account, but the general consensus is that reusable diapers are better for the planet overall and will also save you a fortune in the long run. There’s the one-off initial cost of purchasing them, so it’s worth adding them to your wish list to see if a loved one will gift them to you instead.

Kids toys are predominantly made from plastic because it’s cheap, flexible, and can be colored and decorated. Wooden toys may seem like a thing of the past, but the reality is that they last a lot longer than plastic toys and they’re better for the planet too. All those plastic toys will end up in landfill eventually and there’s also a worry of toxins in plastic toys that usually end up in your child’s mouth, which is why wooden toys are the better option. Research also suggests that wooden toys encourage imaginative, open-ended play as they tend to be shaped differently in a way where they can be used in more ways, compared to plastic toys that tend to serve one purpose. Ultimately, every kid loves playing in a cardboard box, so they’re not going to fill like they’re missing out if you opt for wooden toys.

It can be tempting to buy brand new things for a baby, especially when it’s your first, but it’s one of the worst things you can do if you’re aiming to parent sustainably. Go to charity shops and look online for clothes, toys, furniture, gadgets, and everything in between. You’ll often find items that are brand new or only been used a couple of times. You’ll be saving lots of money, preventing those items going to landfill, and reducing the demand for businesses to produce new items. When you’re done with them, you can sell them on again to keep the cycle going, as well as getting some of your money back.

There are lots of things to consider when wanting to parent sustainably, but it can certainly be done and is a great way to raise children. It’s also the perfect way to teach children to be sustainable themselves.