How To Reduce Food Waste by Composting 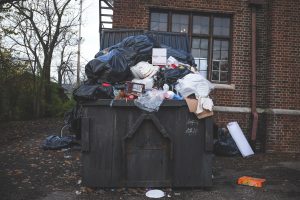 Did you know that Americans discard of nearly 34 million tons of food every year while 49 million people experience a food shortage during the same period of time? While it is true that restaurants and grocery stores also contribute towards the alleviate the environmental impact as much as possible. There are a number of ways to minimize and repurpose food waste with composting being one of the simplest and most useful.

What are the benefits of composting?

Apart from reducing your food waste, composting is also of significant benefit to the environment as it enriches the soil, helping to retain moisture and reducing the risk of various plant diseases and pests. By making your own compost you also minimize the need for artificial fertilizers that can have a negative impact on the environment. Composting furthermore encourages the production of countless beneficial fungi and bacteria that is responsible for breaking down the organic food waste, creating a nutrient-rich material known as humus. A lowered carbon footprint and reduced methane emissions from landfills can also be contributed to regular composting.

What food waste can be put into compost?

The composting system you decide upon will determine what you can put in it. If you use a conventional system such as an underground pile, a hot pile or a compost bin you can put in anything from fruit and vegetable scraps to dairy and grains. As long as you don’t add oils and meat, you should be good to go. In the case of a worm bin, it is best to stick to fruit and vegetables, however, if you use the bokashi system, you can even compost meat as well.

How to set up your own composting system

If you are a first-time composter it is suggested that you make use of a compost bin that you can ever buy or make yourself – a generic black dustbin will more than suffice. Compost requires a lot of air and for this, you will need to drill small holes into the lid, bottom, and sides of the bin.

You need to raise the bin off the ground, either by placing it on bricks or building a designated bracket. You can use cardboard or old newspaper to line the sides of the bin, preventing the compost from leaking out through the holes. Wood chips or sawdust can be placed in a net at the bottom of the bin to absorb any extra moisture, preventing it from simply leaking out. Fill a third of the bin with brown organic matter such as twigs, dry leaves, and wood shavings. You can now add an equal amount of ‘greens’ which will include your fruit and veg scraps, egg shells and even old tea bags. Add some water, give everything a mix and repeat daily, making sure it remains moist.

Your compost will be ready to use in approximately two months, after which you keep adding food waste and brown organic matter to prevent it from becoming depleted.

While composting may seem relatively insignificant, it can have a great impact on reducing the nation’s food waste while also contributing greatly to the environment. Composting is easy, it is effectual and it is cheap and the sooner you get into the habit of discarding the majority of your food waste in this responsible manner, the sooner the environment will reap the benefits of your efforts.