The Real Problems Behind Fair Trade 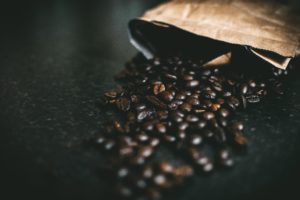 The well-established concept of Fair Trade produce is synonymous with good working conditions and a fair market rate, yet there exists much debate on whether Fair Trade is really as ethical as it at first appears. According to the 2015-2016 FairTrade International report, the economic impact of the Fair Trade scheme on farmers and growers comes to less than $0.04 per person per day. With a growing public concern surrounding the sustainability and ethics of consumerism, the question must be asked: How fair is Fair Trade?

An Uneven Distribution Of Revenue

One major concern surrounding Fair Trade organizations, is that they often engage with companies that behave unethically. Fair Trade cannot guarantee that producer organizations will be able to sell all their Fair Trade Certified products under agreed conditions, which includes minimum pricing and premiums. Figures provided by FairTrade International for the period of 2013-2014 show that only 28% of Fair Trade coffee produced during this time frame was actually sold in Fair Trade Markets.

The reasons for this failure to meet Fair Trade standards are many, and often are obscured by a lack of transparency in the global market. One primary factor is that it is large cooperatives that control the Fair Trade premium, rather than the farmers themselves. This means that rather than cutting out the middle man, and offering farmers a more direct compensation for their work, Fair Trade still facilitates a level of bureaucracy that supports an uneven distribution of revenue.

Beyond the ambiguities of revenue distribution, the very concept of Fair Trade as we know it is open to criticism for serving as a smokescreen that fails to really address market inequalities. The price point that separates Fair Trade produce from the rest of the market is often significant enough that lower-income households cannot afford to budget for it. This means that Fair Trade cannot reach mass markets in a way that would really effect wide-scale change, and instead serves as a token gesture to alleviate the guilt of middle-class consumers.

What is more, it’s important to ask whether Fair Trade products can really compete on the mass market when they charge a premium rate for a product that is not necessarily of a premium quality. This can be seen in the case of Fair Trade coffee, which is typically priced as a high-end product. This is the result of Fair Trade USA setting a “price floor” which ensures that Fair Trade coffee cannot be sold below a certain rate. This is a worthy move if the coffee is of a high quality, but if it is not of sufficient quality to merit this price tag, then it risks turning consumers away from Fair Trade produce, and further impeding its reach to mass markets where it can truly make an important change to consumer habits.

Fair Trade is a concept worth embracing, but first it must prioritize effective and transparent processes of production and distribution. What Fair Trade aims to achieve is admirable, but what it could potentially achieve is far greater. By addressing the flaws in their modus operandi, Fair Trade can challenge the conventions that dictate the unfair and uneven distribution of revenue in global markets, and become a powerful force for good in the world.